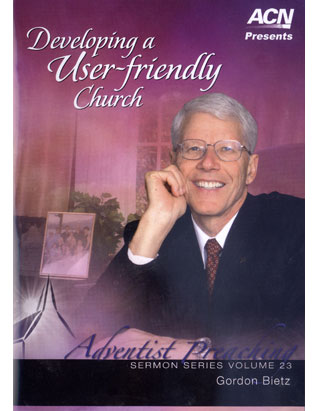 While discussing future speakers for Adventist Preaching, a friend dropped by to see who would be next. When she heard the name, Gordon Bietz, she was ecstatic and said, “Tell him to include his Fenton Forest Friends.” “What’s that?” I countered. “When we attended the Collegedale Church, Pastor Bietz would often bring home the point of his sermon with an illustration using creatures of forest,” she explained. So as we worked out the details for Dr. Bietz’ series, I passed on the request, knowing that the Fenton Forest Friends would bring a unique twist to Adventist Preaching.

Bietz has chosen an intriguing topic, Developing a User-friendly Church. It is one that church members will find helpful as we live and work together to hasten the coming of the Lord.

Currently the president of Southern Adventist University (SAU), Dr. Bietz has also been president of the Georgia-Cumberland Conference of Seventh-day Adventists and has held several pastorates, one of which was the 2,400-member church on the campus of SAU.

Dr. Bietz holds Master of Divinity and Doctor of Divinity degrees from Andrews University and has authored several books, written for publications and professional journals and was a weekly columnist in the “Faith and Family” section of Chattanooga Times Free Press. Bietz received a Merrill Fellowship from Harvard University in 1991.

Adventist Preaching is a collection of sermon series presented by some of the most renowned preachers in the Adventist Church. It is produced quarterly to provide sermons for churches without speakers and to give members the opportunity to build a personal DVD library of favorite Adventist preachers.