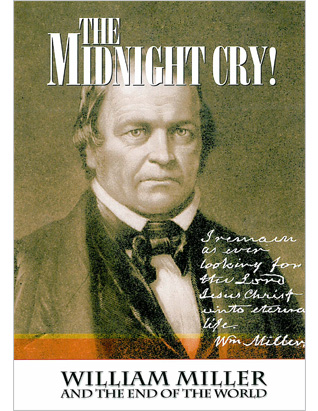 For some amazing days in the fall of 1844, the nation was on the raw edge of its nerves. In the large cities of the Northeast, angry mobs chased worshipers out of their churches. Theologians thundered their disapproval of the shocking doctrine from their pulpits. Newspaper editors invented scandalous stories, heaping abuse and ridicule on the faithful. In the face of such opposition, hundreds of thousands of Americans, from Maine to Ohio to Washington, D.C., and beyond, still believed or feared that the world would be destroyed by fire at the second coming of Christ on October 22, 1844.

For more than twelve years, Americans had been outraged or inspired by the earnest, but low-key, second-advent lectures and writings of an itinerant Baptist preacher from Upstate New York named William Miller.

Narrated by Academy Award-winning actor Cliff Robertson, The Midnight Cry! tells the incredible story of one of the most remarkable episodes in the history of modern religion. Using original documents, stunning location footage, rich contemporary drawings and paintings, expert commentary, and moving readings from writers of the time, this comprehensive film documentary draws a captivating picture of the time when thousands of citizens urged a nation to prepare for the end.