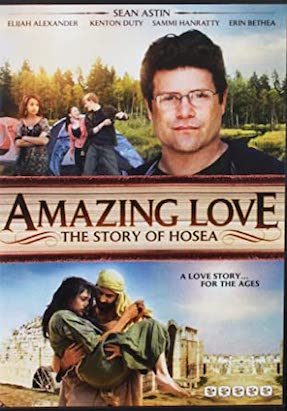 Amazing Love follows four teens who embark on a weekend camping trip with their youth group leader, Stuart (Sean Astin), and his wife (Erin Bethea). When an outsider, Ashley, unexpectedly joins Steve, Carrie, Cooper, and Gameboy, the materialistic and self-involved young woman's bad attitude leads to a confrontation with Carrie. Hoping to heal the rift, Stuart shares the story of the Old Testament prophet Hosea. Now, it's up to the teens to decide if this powerful example of faith and commitment inspires them to open their hearts. Also featuring an appearance by Patty Duke.