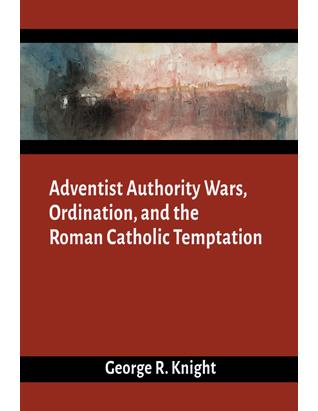 Known for their provocative approach, George Knight's books have a wide readership around the world. Adventist Authority Wars, Ordination, and the Roman Catholic Temptation, following his usual style, raises denominational issues that many would like to keep buried. He not only raises the issues but points to possible solutions.

Here are a few issues you will want to watch for:

George K. Knight is a retired professor of Church History at the Seventh-day Adventist Theological Seminary, Andrews University, where he taught for 30 years. Prior to that he served the church as a pastor, elementary and secondary teacher, and school administrator. He has written and edited nearly 100 books in such fields as Adventist history, Ellen White studies, philosophy of education, and biblical studies. His most recent titles are Gospels in Conflict: Paul's Letter to the Galatians and Romans: Salvation for "All," the companion books for the Sabbath School lessons for the last two quarters of 2017.