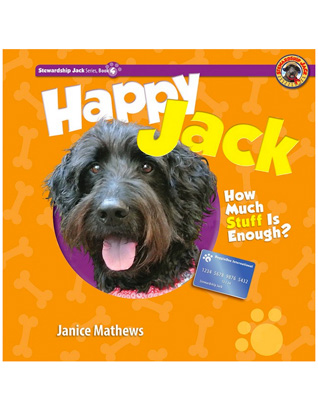 Jack can’t afford the things he’d like to get. Should he buy them on credit, and go into debt?

Jack is about to make a huge mistake!

Jack has already learned a lot about being smart with his resources, but when he realizes others have more things than he has, discontentment begins to grow in his heart. Instead of appreciating what he already owns, Jack decides he needs more and more and more—and what easier, faster way to accumulate things than with a credit card?

After Jack gives in to temptation, he finds himself in a predicament worse than fleas: a pile of debt! How will he ever fix his mistake? Will God forgive him? Can Stewardship Jack get back on track?

Follow along with pictures and rhymes as Jack learns important lessons about making good spending decisions and being content with what God has given him.