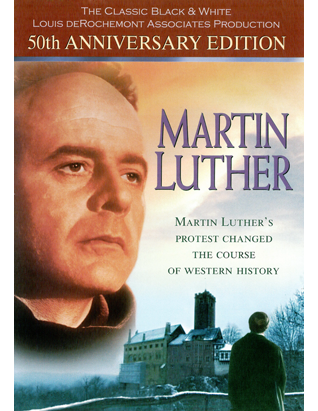 The original film classic of Luther's life was released in theaters worldwide and nominated for two Academy Awards. The film traces his life from a guilt-burdened monk through the monumental events that led to a break with the Roman Church. This film is in black and white and retains the stirring impact for audiences today that it enjoyed upon its first release.

Included as a special extra is “Biography of a Film,” the amazing behind-the-scenes 50-year story with Robert E. A. Lee, a former executive of Lutheran Film Associates.