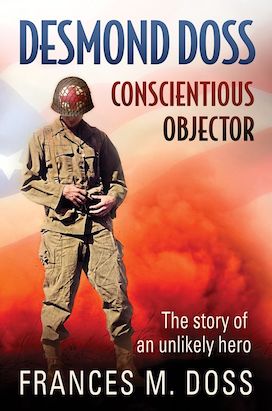 Infantry men who once ridiculed and scoffed at Desmond’s simple faith and refusal to carry a weapon owed their lives to him. In the midst of a fierce firefight on Okinawa that felled approximately 75 men from the 1st Battalion, Private Doss refused to seek cover and carried his stricken comrades to safety one by one. This and other heroic acts earned him the highest honor America can bestow on one of her sons—the Congressional Medal of Honor.

But his story doesn’t end in 1945. There have been many other battles and victories for the man known as “the unlikeliest hero,” and this book tells those stories.

From an accident-prone childhood to World War II gallantry, the tragic loss of his first wife, Dorothy, and his battles with deafness and cancer, Desmond Doss has lived a life of unsurpassed devotion. Devotion to his country, his convictions, and his God.