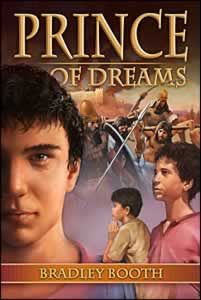 It takes more than daring to be a Daniel.

Daniel had heard Prophet Jeremiah speak the word of the Lord. “Behold, I will send for Nebuchadnezzar the king of Babylon, my servant, and will bring him against this land, and against its inhabitants, and will utterly destroy them, and make them an astonishment, and a desolation.”

Now it had all come true. Yesterday, Daniel had seen the Babylonian soldiers plundering the Temple. This morning he was awakened by shouting in the street outside his family’s apartment. “They want you out front,” his father announced sadly. All of the young men from his apartment complex had been rounded up. A Babylonian scribe was taking names, and Babylonian soldiers were unloading bronze leg and hand irons. Daniel and his friends were now prisoners of war and would be marched in shackles all the way to Babylon.

Would they continue to follow the Lord? Could they refuse to eat unclean meat and meat offered to idols and refrain from drinking wine? What about Sabbath-keeping?  Could God make a way for them to be faithful to Him? Of course, but they would need to put their trust fully in Him and not in themselves even in the face of death decrees.