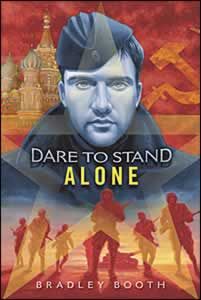 “Sir, when the regulations of my country clash with the laws of my God, I must obey my God,” Ivan declared.

The general studied Ivan’s face seriously. “Does that include the regulations of your army?”

Religion was suppressed. Christians were forced to practice their faith secretly. Yet one teenage boy found the courage to stand up and speak boldly about his God. Not just to his friends or in a private church meeting—but on a military base. In front of nearly 3,000 enlisted men . . . and one colonel.

Foolish? Maybe. Risky? Definitely. But Ivan Gumenyuk had determined to follow God’s calling, and right then God was calling him to be a missionary in the Soviet army. Like Daniel of old, Ivan faced trials that tested his faith to the limits. And, like Daniel, Ivan accomplished incredible things for God.